Typically meeting the second Tuesday of each month from 1:30 - 3:00 PM at the Uptown JCC, the JCC Book Club offers engaging and insightful discussions in a laid back environment. Free and open to the community - all are welcome. Books are available for purchase at our neighborhood partner bookstore, Octavia Books.

All JCC Book Club discussion are now held virtually. For more information, please contact Judy Yaillen. If you would like to be placed on our Book Club email list, send an email to Beth Orgeron with your request. 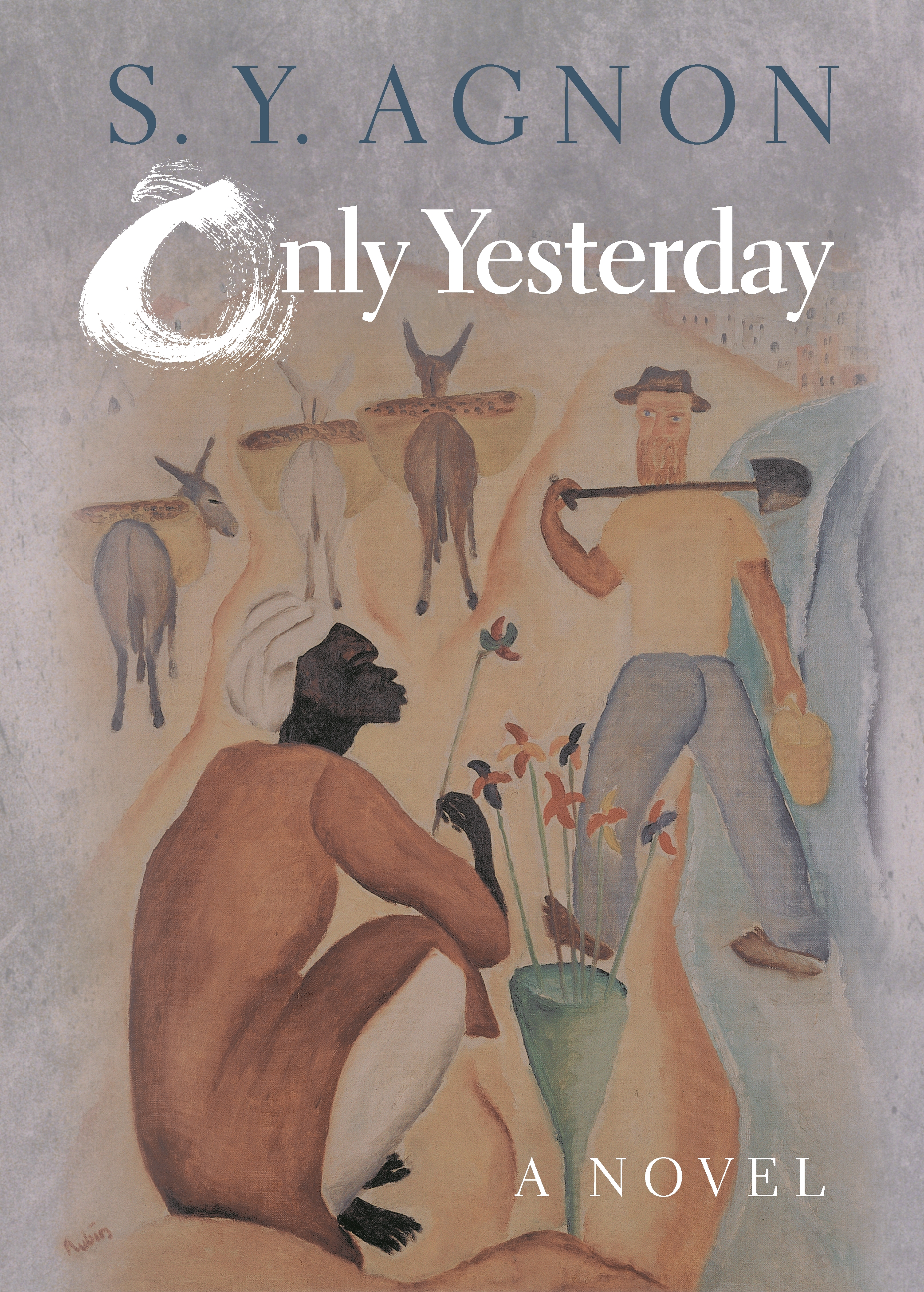 Only Yesterday
by S. Y. Agnon

Israeli Nobel Laureate S.Y. Agnon's famous masterpiece, his novel Only Yesterday, here appears in English translation for the first time. Published in 1945, the book tells a seemingly simple tale about a man who immigrates to Palestine with the Second Aliya--the several hundred idealists who returned between 1904 and 1914 to work the Hebrew soil as in Biblical times and revive Hebrew culture. Only Yesterday quickly became recognized as a monumental work of world literature, but not only for its vivid historical reconstruction of Israel's founding society. This epic novel also engages the reader in a fascinating network of meanings, contradictions, and paradoxes all leading to the question, what, if anything, controls human existence?

Seduced by Zionist slogans, young Isaac Kumer imagines the Land of Israel filled with the financial, social, and erotic opportunities that were denied him, the son of an impoverished shopkeeper, in Poland. Once there, he cannot find the agricultural work he anticipated. Instead Isaac happens upon house-painting jobs as he moves from secular, Zionist Jaffa, where the ideological fervor and sexual freedom are alien to him, to ultra-orthodox, anti-Zionist Jerusalem. While some of his Zionist friends turn capitalist, becoming successful merchants, his own life remains adrift and impoverished in a land torn between idealism and practicality, a place that is at once homeland and diaspora. Eventually he marries a religious woman in Jerusalem, after his worldly girlfriend in Jaffa rejects him.

Led astray by circumstances, Isaac always ends up in the place opposite of where he wants to be, but why? The text soars to Surrealist-Kafkaesque dimensions when, in a playful mode, Isaac drips paint on a stray dog, writing "Crazy Dog" on his back. Causing panic wherever he roams, the dog takes over the story, until, after enduring persecution for so long without "understanding" why, he really does go mad and bites Isaac. The dog has been interpreted as everything from the embodiment of Exile to a daemonic force, and becomes an unforgettable character in a book about the death of God, the deception of discourse, the power of suppressed eroticism, and the destiny of a people depicted in all its darkness and promise. 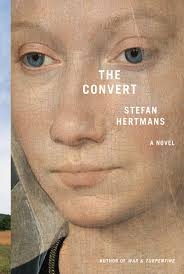 In this dazzling work of historical fiction, the Man Booker International–long-listed author of War and Turpentine reconstructs
the tragic story of a medieval noblewoman who leaves her home and family for the love of a Jewish boy.

In eleventh-century France, Vigdis Adelaïs, a young woman from a prosperous Christian family, falls in love with David Todros, a rabbi’s son and yeshiva student. To be together, the couple must flee their city, and Vigdis must renounce her life of privilege and comfort. Pursued by her father’s knights and in constant danger of betrayal, the lovers embark on a dangerous journey to the south of France, only to find their brief happiness destroyed by the vicious wave of anti-Semitism sweeping through Europe with the onset of the First Crusade.

What begins as a story of forbidden love evolves into a globe-trotting trek spanning continents, as Vigdis undertakes an epic journey to Cairo and back, enduring the unimaginable in hopes of finding her lost children.

Based on two fragments from the Cairo Genizah—a repository of more than three hundred thousand manuscripts and documents stored in the upper chamber of a synagogue in Old Cairo—Stefan Hertmans has pieced together a remarkable work of imagination, re-creating the tragic story of two star-crossed lovers whose steps he retraces almost a millennium later. Blending fact and fiction, and with immense imagination and stylistic ingenuity, Hertmans painstakingly depicts Vigdis’ terrible trials, bringing the Middle Ages to life and illuminating a chaotic world of love and hate. 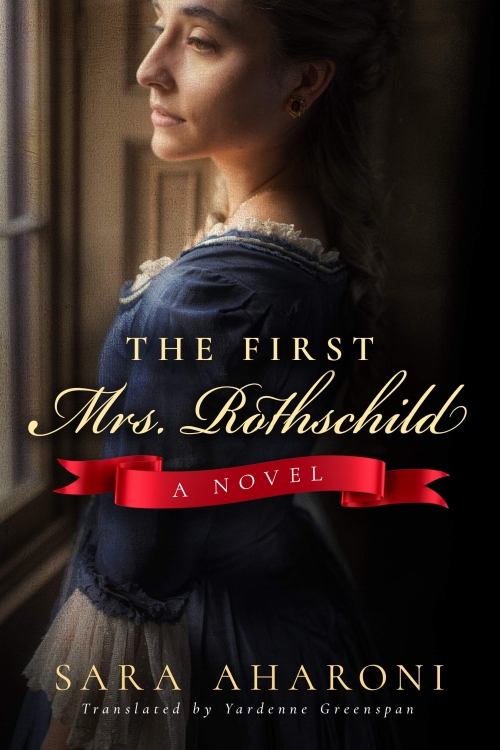 In this award-winning historical saga, passionate young lovers in a Jewish ghetto rise to become the foremost financial dynasty in the world.

It is the turn of the eighteenth century in Frankfurt, Germany, and young Gutle and Meir Amschel Rothschild struggle to establish themselves in the cramped and restricted Judengasse. But when Meir’s talents as a novice banker catch the attention of a German prince, Meir is suddenly afforded entrée into the European world of finance and nobility, and the Rothschilds’ lives are changed forever. As proud as Gutle is of her husband’s success, she is also cautious—very much aware of the fact that her husband’s rise is tied to his patrons’ willingness to “see past” his Jewishness. As their family grows, and a dream of fortune comes true, so does their belief that money will ultimately bring the power needed to establish Jewish civil rights. 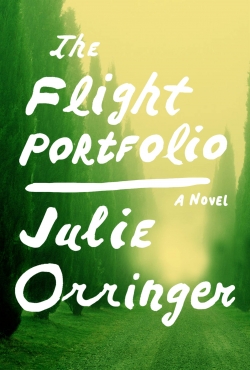 The Flight Portfolio
by Julie Orringer

“Bighearted, gorgeous, historical, suspenseful, everything you want a novel to be” (—Andrew Sean Greer, Pulitzer Prize–winning author of Less), a new book inspired by the World War II story you've never heard—the real-life quest of an unlikely hero to save the lives and work of Europe’s great minds from the impending Holocaust

In 1940, Varian Fry traveled to Marseille carrying three thousand dollars and a list of imperiled artists and writers he hoped to help escape within a few weeks. Instead, he stayed more than a year, working to procure false documents, amass emergency funds, and arrange journeys across Spain and Portugal, where the refugees would embark for safer ports. His many clients included Hannah Arendt, Max Ernst, Marcel Duchamp, and Marc Chagall, and the race against time to save them is a tale of forbidden love, high-stakes adventure, and unimaginable courage. 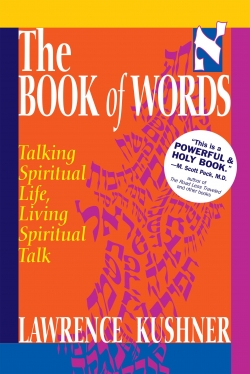 With creativity and poetry (and occasional heresy) Kushner dusts off thirty classical Hebrew words, shakes them free of the effects of generations of overuse, "re-translates" them and liberates their ancient holy power. The result is a contemporary spiritual guide for your personal religious life. According to the Hebrew Bible, God made the world with words. God just spoke and the world came into being. Words therefore are not merely sounds signifying something else; they are instruments of creation, primary reality itself. They need only to be read, spoken and interpreted. And to know them is to know reality itself.

Kushner has designed the book himself, seamlessly blending graphics and content. In doing so he evokes the aesthetics of an ancient manuscript and a vision of our power to shape the future.Each finely crafted chapter begins with a Hebrew word and Kushner’s provocative English translation. At the bottom of the page is a transliteration of the Hebrew along with its more customary English rendering. In addition to his own intriguing definition, he includes a biblical citation anchoring the word, along with a more recent text showing the word’s evolution. Finally, we are offered a personal, meditative exercise designed to enable you to “live in the word.” 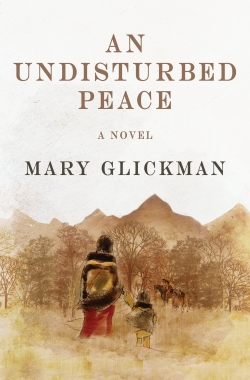 An Undisturbed Peace
by Mary Glickman

As the tribes of the South make the grueling journey across the Mississippi River, a trio of disparate characters is united by a “far-reaching story of love, courage, and honor” (Booklist).

Greensborough, North Carolina, 1828. Abrahan Bento Sassaporta Naggar has traveled to America from the filthy streets of East London in search of a better life. But Abe’s visions of a privileged apprenticeship in the Sassaporta Brothers’ empire are soon replaced with the grim reality of indentured servitude.

Some fifty miles west, Dark Water of the Mountains, the daughter of a powerful Cherokee chief, leads a life of irreverent solitude. Twenty years ago, she renounced her family’s plans for her to marry a wealthy white man—a decision that soon proves fateful.

And in Georgia, a black slave named Jacob has resigned himself to a life of loss and injustice in a Cherokee city of refuge for criminals.

From the author of Marching to Zion and One More River comes a sweeping novel of American history. As their stories converge in the shameful machinations of history, three outsiders will bear witness to the horrors known as Andrew Jackson’s Indian Removal Act—just as they also discover the possibility for hope. See why Library Journal raves, “This absorbing and vivid portrait of 19th-century America will attract serious historical fiction fans.”

If you’re feeling a need to hear from people who have lived through a lot and have wisdom,...

As we reach the end of 2020, a year that has been filled with disruptions and uncertainty, we are glad to welcome a holiday about light and celebration. Chanukah is all about looking for beauty and celebrating life’s miracles. To honor that tradition, we’ve put together eight fun facts about the New Orleans JCC.

The Jewish community is partnering with Tulane Medical School students for a holiday food drive for CrescentCare, a New Orleans clinic that offers comprehensive health and wellness services to the community, advocates for empowerment, safeguards the rights and dignity of individuals, and provides for the public. 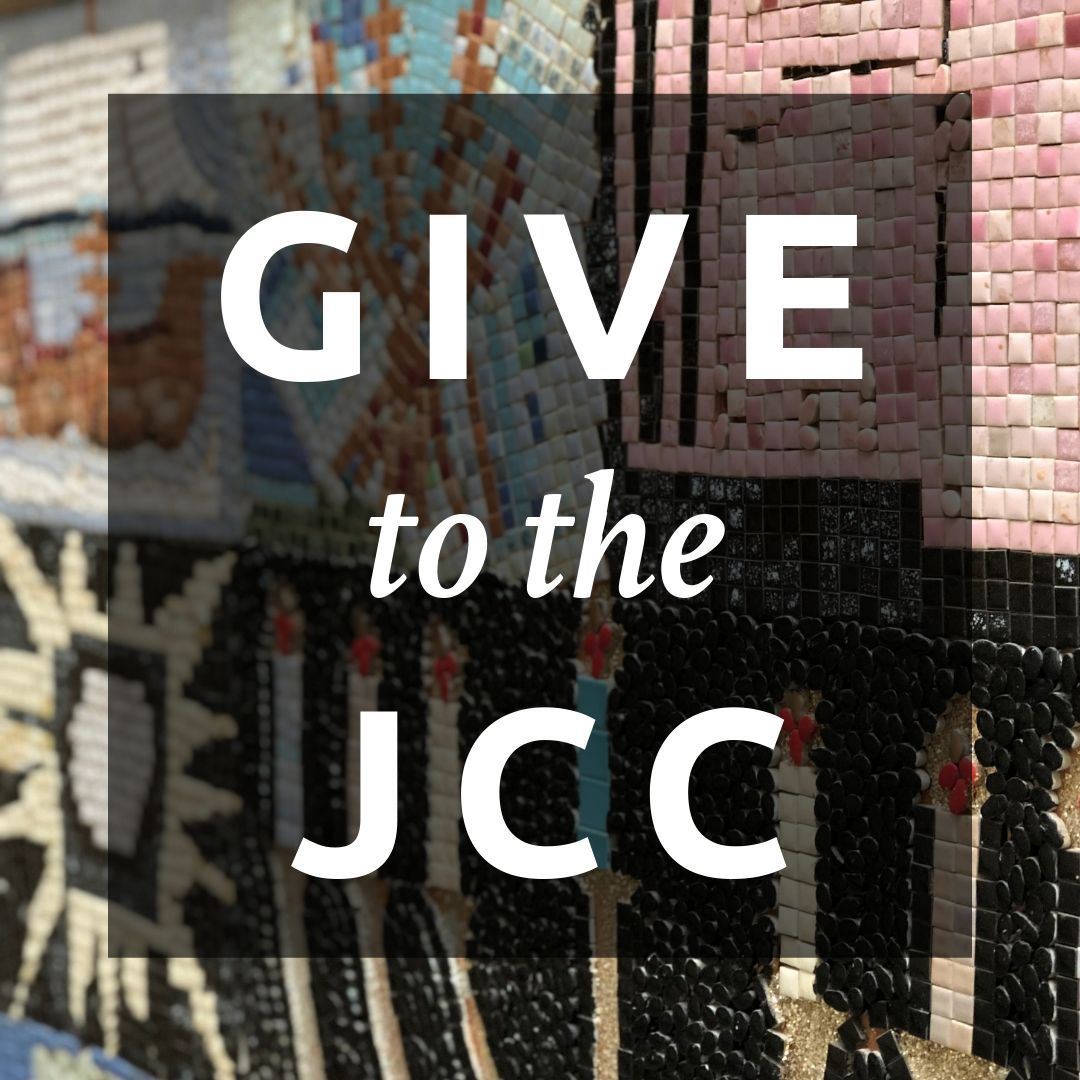