“The JCC Kindness March teaches kids that they can ‘be the change’ in making the world a better, kinder place to live,” says Assistant Camp Director Brigid MacArthur-Thompson.

This is the third consecutive year of the Kindness March. Internationally acclaimed Chef Alon Shaya and wife Emily Shaya served as 2018 Grand Marshalls. Alon and several members from the Saba team marched alongside campers in support again this year. 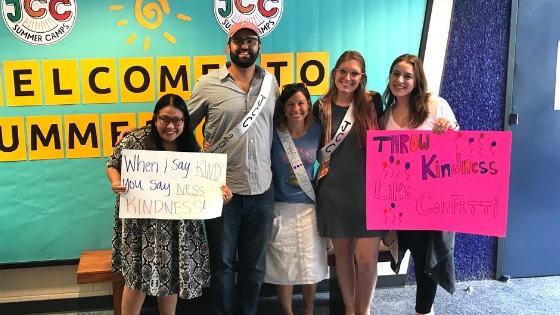 Brigid said Ashley was asked to serve the role this year based on her everyday display of kindness through her iconic family business, Hansen’s Sno-Bliz.

“Ashley is the perfect example of how small acts of kindness can make an impact on someone else’s day,” she said. “For 80 years, her family has served kindness in the form of friendly smiles and refreshing Sno-Balls.”

Summer campers, guided by counselors and staff, started the march down Leontine Street at approximately 2:00 p.m. Leontine Street and Jefferson Avenue were blocked off during the march with a police escort to ensure the safety of campers. 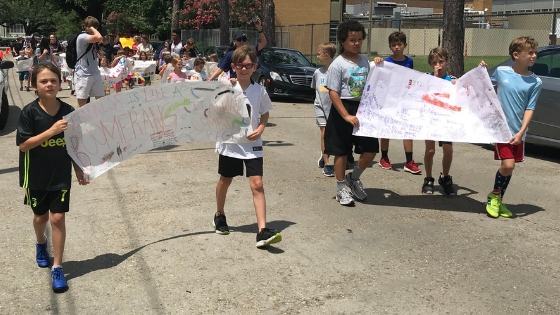 WGNO's Wild Bill came to cover the Kindness March for News With a Twist. Check out the clip on the news below and his live Facebook video from the event.