During the month of October, we will be sharing empowering stories of breast cancer survivors in the New Orleans JCC community. We share these stories to inspire our community to join the fight against breast cancer.

We are honored to share the story of JCC member, Amy Berins Shapiro, whose fight against breast cancer began in 2010. In her responses below, you will hear about the emotions that surround a cancer diagnos 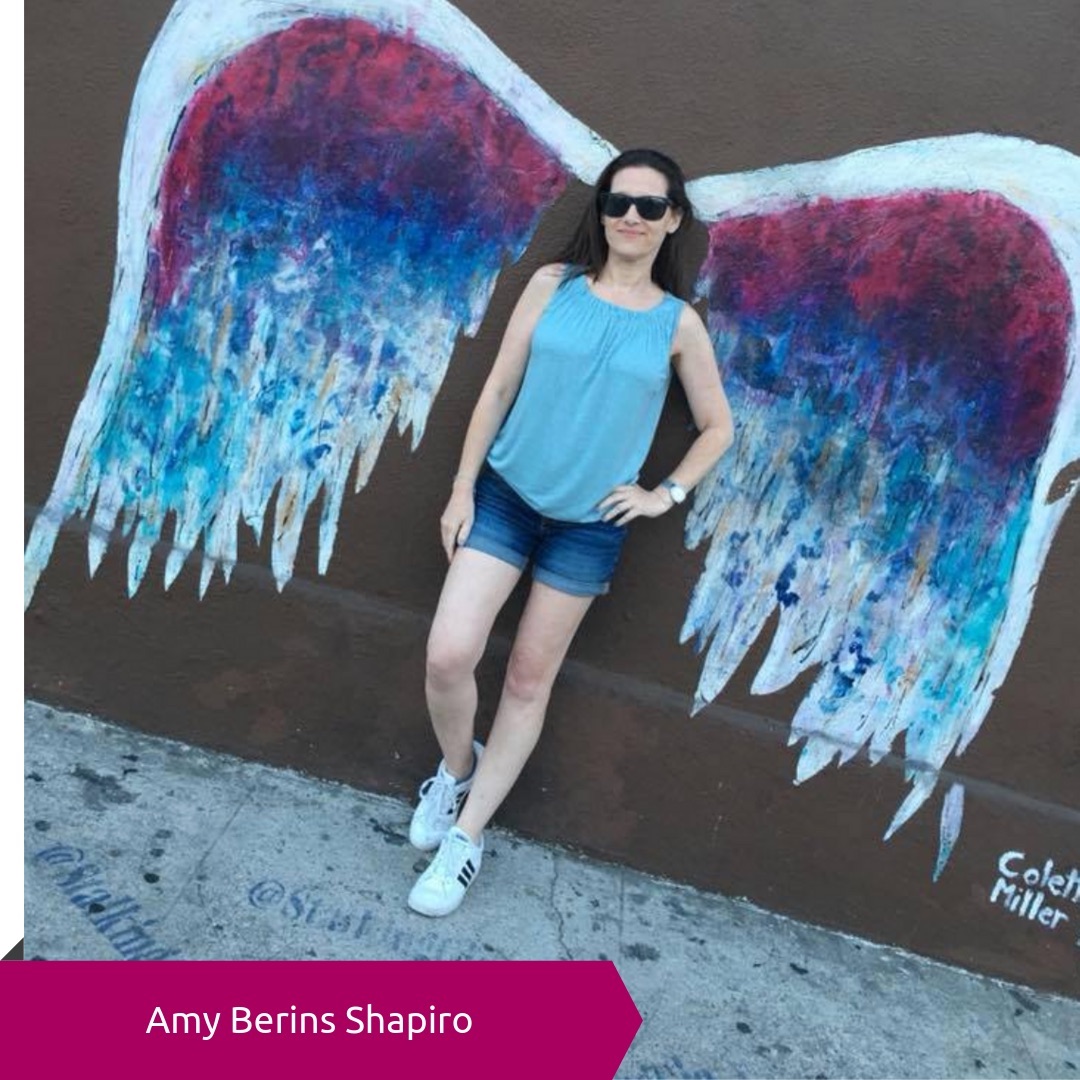 is and organizations like Sharsheret that can help survivors throughout their journey.

When were you diagnosed and how was the cancer initially detected?

I have had breast cancer two times.  The first time I discovered a lump in my right breast by complete accident.  I was scratching an itch, felt a lump and instantly knew by the way it felt that it wasn’t good.  That was in May of 2010, I was 38 years old. It was diagnosed as Triple Negative breast cancer. Triple Negative is a very aggressive form of breast cancer that's difficult to treat.

How did you feel when you first received the news of your diagnosis?

My emotions were all over the place, but I was mainly just in shock.  I really didn’t have much time to process it because of the urgency to have the surgery and start treatment.  I knew my life would never be the same. I had a lumpectomy, followed by chemo and then radiation. I thought I was done.

At my year mark mammogram in May 2011, I could tell from the tech’s face that something was wrong.  I was diagnosed with Triple Negative breast cancer again, as well as Ductal Carcinoma in Situ, in my left breast.  More shock and a lot of anger now. This time I had to have a double mastectomy (performed in two stages), followed by more chemo and then radiation.

The surgeries were hard on me (I have undergone five surgeries), chemo treatments were brutal (nausea, losing my hair was devastating and all the horrible side effects), radiation wasn’t so bad for me (mainly fatigue), now I just suffer from long term side effects from the chemo.

Is there a family history of breast cancer? 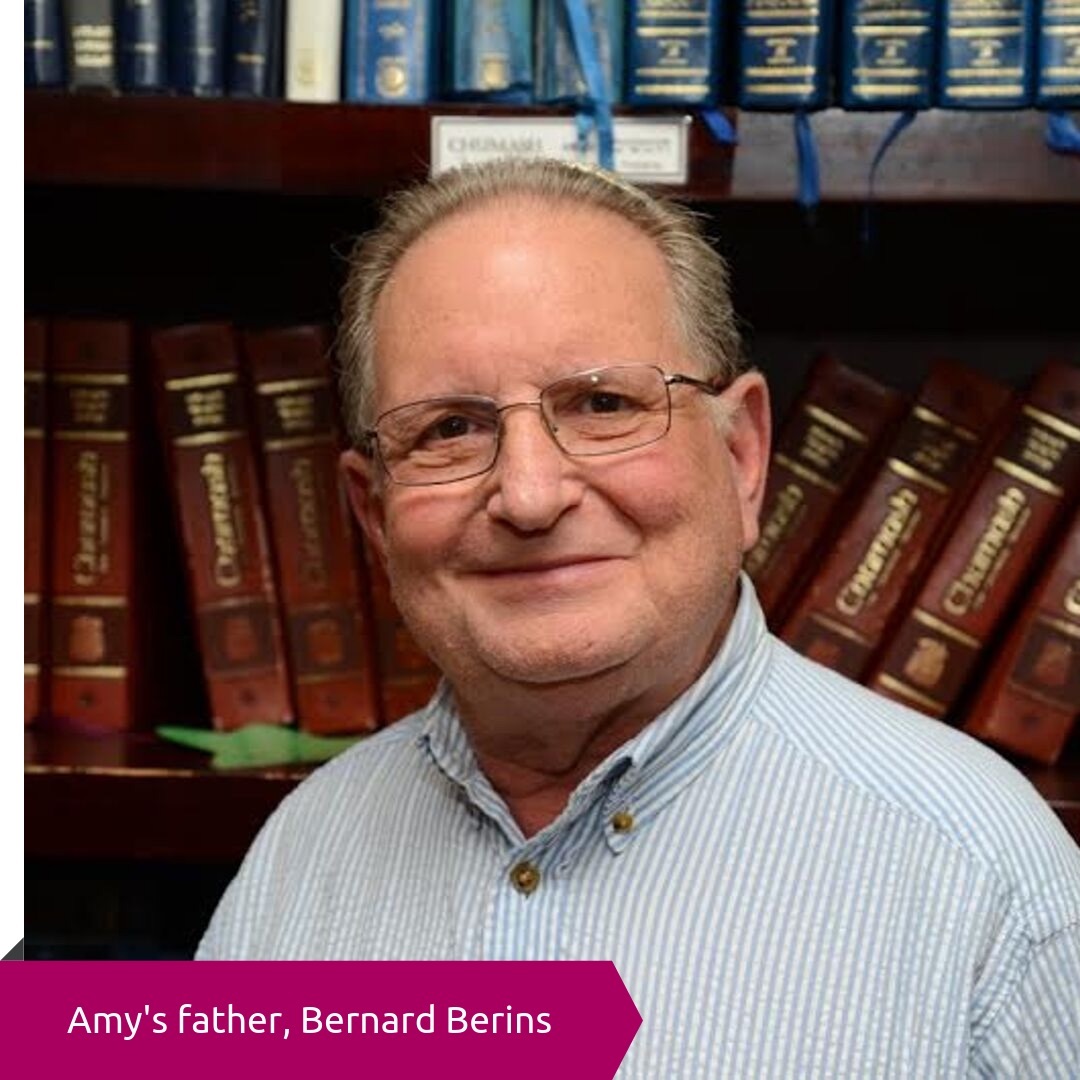 There’s no history of breast cancer in my family.  But in 2012, just as I was recovering from my surgeries and treatments, my dad (yes, my dad!) was diagnosed with breast cancer.  Unfortunately, my dad’s cancer wasn’t found early enough. Surprisingly, we both tested negative for the BRCA gene mutation.

Did you have a support network?

When I was first diagnosed, I was fortunate to have met Rochelle Shoretz, the founder of Sharsheret.  Sharsheret was very helpful to me by sending my kids and I care packages.  I’ve kept in touch with the organization and written a blog in memory of my dad about men having breast cancer.

In 2016, I was so incredibly lucky to be connected to a local organization that has changed my life.  You Night helps women embrace life beyond cancer, and it's been an amazing social and support network for me.  I wish this group had existed when I was going through cancer; every woman needs a group like this. I use this platform to help other women going through treatment or who have finished treatment but feel lost, confused, sad and angry like I was.

What message would you like to provide women in the community?

It’s important for them to feel that they’re not alone and that others are going through similar experiences.  There are so many psychological, physical and emotional issues after cancer that doctors don’t tell us about, and it’s nice to have [You Night] to share, learn, laugh and cry.

A Different Kind of Masquerade

Three members of the New Orleans JCC community have channeled their talents into making masks to keep our citizens safe. Learn more about their projects, their tips, and inspiration.

While we can't be together physically, we are so glad our JCC Nursery School and Pre-K remains connected virtually. This year especially, we are so grateful for our teachers. Watch a sweet message from our students.

Our team pulled together some of our favorite, FREE coloring pages, and activity books to help pass the time as we daydream about enjoying our beautiful city together again.