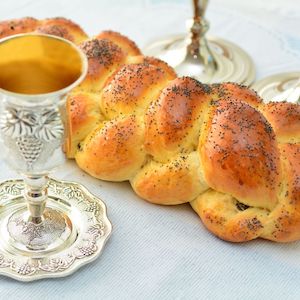 Shabbat
Of all the Jewish observances, Shabbat is the only one to be found in the Ten Commandments, is one of the earliest and most cherished of Jewish celebrations.  A weekly 25-hour retreat from our everyday lives, which begins just before sundown each Friday through the completion of nightfall on Saturday, Shabbat is more than just a day off from labor. It is a day of joy and like all Jewish holidays, it begins with the lighting of candles, followed by the blessing over the wine/grape juice and challah. 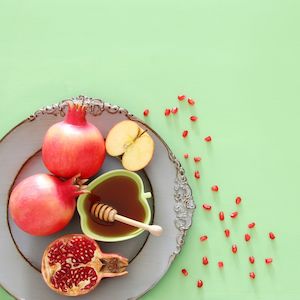 Rosh Hashanah
Rosh Hashanah, which in Hebrew means “Head of the Year," takes place in the fall. Rosh Hashanah is the beginning of the ten-day period called the “Days of Awe, This is when we acknowledge our errors and attempt to do better in the year ahead. It is the tradition to wish others a “Shanah Tova u’Metukah,” which means a good and sweet New Year.  Apples and honey will be found in abundance in order to help us all bring in a sweet New Year. 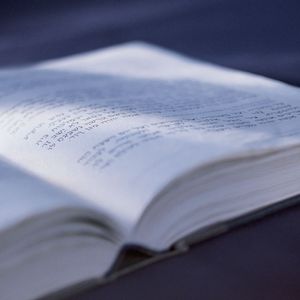 Yom Kippur
Yom Kippur (the Day of Atonement) is the last day of the “Days of Awe” which according to Jewish tradition is a time of repentance, introspection, and prayer. On this solemn and important day, Jewish men and women are fasting for the 25 hours and even young children try to fast for at least part of the day.  Many choose to wear white to symbolize a new beginning, a fresh start.  Yom Kippur ends with a long blast from the shofar. 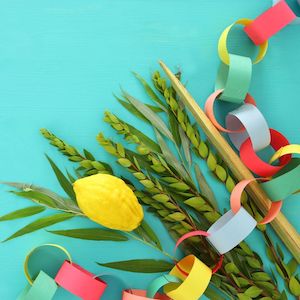 Sukkot
Sukkot or the "Feast of Tabernacles" recalls the momentous journey of the Jews from Egypt to the Promised Land, when they lived in booths, or sukkot (plural of sukkah). During this week we decorate the sukkah with fresh fruit, flowers, and greenery, and enjoy many meals outdoors. Weather permitting, some families sleep in their sukkah and each meal eaten there is to be celebrated.  And in commemoration of the bounty of the Holy Land, we hold and shake four species of plants (arba minim), consisting of palm, myrtle, and willow (lulav ), together with citron (etrog ).

Shemini Atzeret
The eighth day of Sukkot is Shemini Atzeret, a day of “Holy assembly," on which prayers are offered for rain for the first time in the New Year, so that there may be an abundance of crops during the next twelve months. This prayer is recited every day until Passover.

Simchat Torah
The last day of the holiday is Simchat Torah, which literally means "Rejoicing in the Torah." This important holiday reviews for the Jews the great role which learning has played in Jewish life and marks the traditional pilgrimage to the Temple of Jerusalem.  This is a very joyous holiday with the Torah taking front and center of all celebrations. The end of the 5 books of Moses is read and immediately upon completion, we begin reading Genesis, to symbolize the unbroken cycle of readings.

Chanukah
Chanukah, meaning "rededication," is the festival of lights that celebrates the Maccabees victory of twenty-one centuries ago in Jerusalem, when brave Judah Maccabee and his small band of followers saved the Jewish nation from the Syrians. For eight days each year, beginning on the 25th day of the Jewish month of Kislev, one additional candle on the Chanukkiah (Chanukah menorah), or eight-branched candelabra, is lit to recall the rededication of the Temple in Jerusalem. Originally, the little jug of oil found by the Maccabees was thought to contain enough oil for only one day. Miraculously, the oil burned for eight days, hence, eight candles on the Menorah with one lead candle, the Shammos, used for lighting each of the others. Games with a dreidel (top) are played, and children often receive Chanukah gelt (money) and gifts each night after the candles are lit and blessed. Oil is a central focus of this holiday and fried foods of all types can be found in many Jewish homes. In Israel, jelly doughnuts called sufganiyot are eaten. Chanukah is a festival of freedom, and we delight in keeping alive a tradition that commemorates a successful struggle against tyranny. 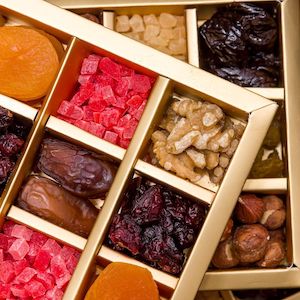 Tu B'Shvat
Tu B'Shvat, the "Birthday of the Trees" is celebrated as a planting festival. It is also time to raise our ecological awareness and to remind us of our duty to repair the Earth (Tikkun Olam). Our love of nature stems from the Torah itself, which is referred to as a “Tree of Life." In Israel, children celebrate by planting young saplings; in America, we contribute to the Jewish National Fund which plants trees in Israel as well as planting trees and vegetation around our homes and neighborhoods. Dates, carob, and fruit, symbolizing the fruits of trees and those fruits harvested in Israel are a focal point of the day. 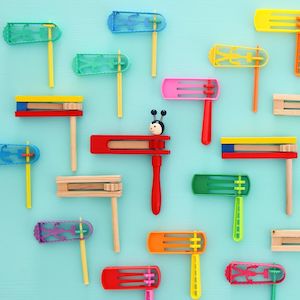 Purim
Purim, "The Feast of Lots," is the jolliest of all holidays. The Book of Esther (Megillat Esther) is read and tells us how the Queen and her uncle Mordecai saved the Jews of Persia from a plot by the evil Prime Minister Haman to destroy them. The holiday is filled with merriment. All ages dress in costume as the characters in the Purim story and shake "groggers" (noisemakers) to drown out hated Haman's name. On this day we eat hamantaschen (three-cornered, filled pastries) said to represent Haman's pocket, ears or hat.  Gift baskets of food and drink [shalach manot] are given to friends and family and charitable donations are made in honor of friends and family. Each year, we celebrate with a Community Purim Festival (Adloyadah) at the Uptown JCC. 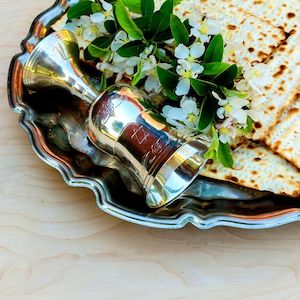 Pesach (Passover)
Considered the most important theologically, of the Jewish festivals, Passover commemorates the Exodus out of Egypt and slavery. There is a two-fold meaning of Pesach - the feast of freedom and the spring agricultural festival. The Seder, the traditional meal, conducted and eaten in a special order, is read from the Haggadah (the seder book) filled with Passover symbols, stories, and songs. The best-known symbol of Pesach is matzah (unleavened bread). 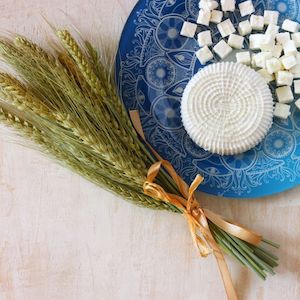 Shavuot
Shavuot, which means “Weeks" occurs seven weeks after Passover. It is a triple holiday, a three-fold celebration, which commemorates the receiving of the Ten Commandments by Moses atop Mount Sinai, the harvesting of wheat in the land of Israel, and the ripening of the first fruit in Jerusalem. While on Passover the Jews were freed from slavery, on Shavuot the freed slaves were made into free men by the receiving of the Ten Commandments. Traditional food for Shavuot includes blintzes, cheesecake, honey cake, and other dairy dishes which remind us that Israel is called "the land flowing with milk and honey."

Join the JCC's free community fitness class and start your Sunday with fresh air, friends, and a...
Jun
14

Get to know more about Patrick Orillion, the unmistakable voice on the staff walkie-talkies, and the friendly face who keeps the fitness center running on nights and weekends.

Get in the summertime spirit with our free printable coloring sheets. We'd love to see your creations, so post them on social media and tag us!

Lifelong member, Peggy Myers, recently joined the JCC fitness staff as an instructor. We are excited for Peggy to bring her enthusiasm for the JCC to our members. Get to know a little more about Peggy and sign up to take a class!

The global Jewish community will come together in the coming days to commemorate lives lost during the Holocaust, remember fallen Israeli soldiers and victims of terrorism, and celebrate Israel’s independence.